According to the Mayo Clinic there are more than 2,000 strains of salmonella bacteria, but only a dozen or so make people sick. Most often, salmonella poisoning results in gastroenteritis, a severe stomach illness.

Salmonella is most often contracted by eating raw or undercooked meat, poultry, eggs.

Though the symptoms of salmonella poisoning are felt most acutely in the lower abdomen, nausea and vomiting are common symptoms of the infection.

Sometimes the discomfort is so severe that “you’re almost more afraid that you’re going to live,” says Dr. William A. Schaffner, an infectious disease specialist at Vanderbilt Medical School in Nashville, Tenn. 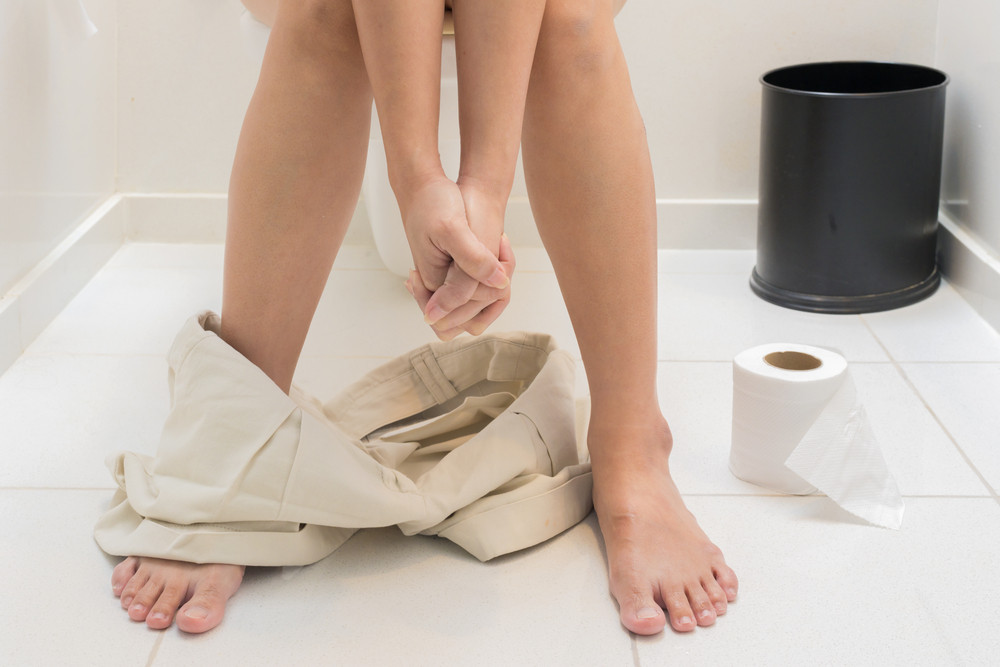 Some infections, including those caused by E. coli, can cause bloody diarrhea. But while diarrhea is often a symptom of salmonella poisoning, it’s generally not bloody.

The bowel’s job is to move waste out of the body. If you’re infected with salmonella, the bowel wants to eliminate the offending germs as quickly as possible. To accomplish that, muscle in the abdomen contract forcefully – and the result is cramps.

Dr. William A. Schaffner, an infectious disease specialist at Vanderbilt Medical School in Nashville, Tenn., says the cramps can be so severe that doctors sometimes suspect the patient might have appendicitis.

Though salmonella poisoning is generally not a severe illness, it can be fatal in certain people, including young children and the very old. One danger is that vomiting, along with diarrhea (another symptom of salmonella poisoning), can cause dangerous dehydration.Hydration is key.

Chills often go hand in hand with fever. If you feel chilly, doctors recommend a simple treatment: put a couple of extra blankets on the bed, and dive under them.

Muscle pains can strike with salmonella poisoning, although Dr. William Schaffner says they are less common than some other symptoms. If pains do come on, they will usually be in the abdomen and less frequently in the thighs and arms.

9. Blood in the Stool

If you think you might have salmonella poisoning, consult your doctor.

The illness typically runs its course within a matter of days even without treatment, though doctors urge patients to drink plenty of fluids to prevent the dehydration that sometimes results from vomiting and diarrhea.

NHS England has used a series of claims about uncertainties surrounding PrEP to ration access to the [...]

New strategies and approaches are needed to address the sexual health needs of middle-aged heterosex [...]

PrEP may be breaking the link between condomless sex and anxiety, survey results suggest

A US online survey has found that although gay and bisexual men who used PrEP had significantly more [...]

“Since your partner is not an angel… it would be prudent to use PrEP”: motivations to start PrEP in Kenya and Uganda

People who inject drugs in public places in Scotland are much more likely to have HIV or hepatitis C [...]

A study investigating the interactions in HIV-positive trans women between gender-affirming feminisi [...]

Hepatitis B treatment suboptimal in people with HIV in Africa

Does PrEP cause more HIV drug resistance? Yes, some

A case note review from 56 Dean Street, the largest HIV and STI clinic in Europe, has found that for [...]