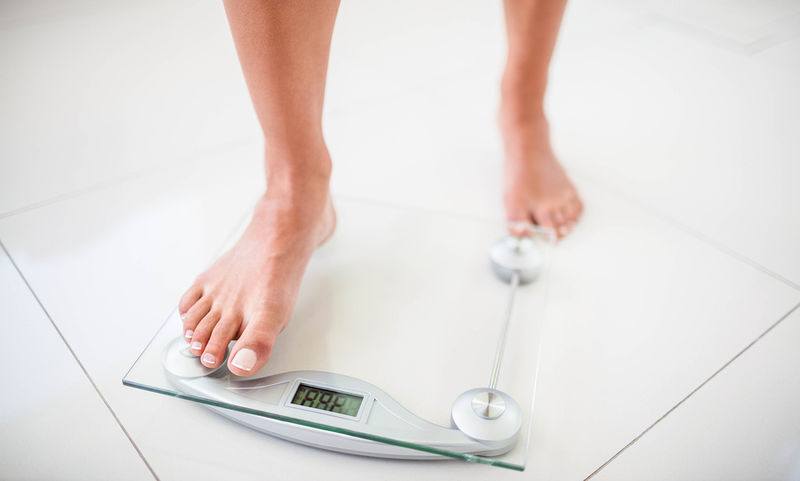 Our bodies store two types of fat: brown, which burns calories to generate heat, and white, which typically acts as the body’s store of energy. Excess weight results from too much fat being stored in the body. Could we look to brown fat’s molecular makeup to come up with better drugs for obesity?
person standing on scales
Researchers study brown fat in search of better weight management therapies.

The Centers for Disease Control and Prevention (CDC) estimate that more than a third of adults in the United States live with obesity.

It is a metabolic condition and top risk factor for a range of diseases, from diabetes to cancer.

A 2017 report indicated that we are in the midst of an obesity pandemic, with rates on the rise worldwide and the U.S. ranking first in this worrying trend.

For these reasons, scientists are constantly looking to come up with healthful lifestyle strategies that will help people to maintain a desirable weight. At the same time, researchers continue to investigate the biological mechanisms behind weight loss and gain in an effort to devise more effective drugs for treating obesity.

Researchers from the Salk Institute of Biological Studies in La Jolla, CA, are now looking to brown adipose tissue, or brown fat, to find more effective ways of addressing obesity.
Senior investigator Ronald Evans and his colleagues are trying to understand exactly what gives brown tissue its distinct characteristics. This insight, the team argues, may help them to come up with effective drugs that will act on excess white adipose tissue.

The results of their study have now been published in the journal Cell Reports.

One gene may hold the key

Specifically, the scientists wanted to learn more about the thermogenic characteristics of brown fat — that is, how it responds to environmental temperature and metabolic factors in order to produce heat.

Previous studies had already shown that some types of brown adipose tissue were “activated” to turn calories into heat when the body was exposed to lower surrounding temperatures.
“We were interested in what maintains brown fat, even when we’re not exposed to cold all the time,” explains first study author Maryam Ahmadian.

The researchers worked with mice, zooming in on a gene that is very active in brown fat cells: estrogen-related receptor gamma.

When studying mice in which the estrogen-related receptor gamma gene had been switched off so that it could not be expressed in brown fat cells, Evans and team noted that brown adipose tissue began to resemble white adipose tissue in its molecular structure and mechanisms.

In their paper, the researchers refer to this effect as the “whitening of brown adipose tissue.”

Findings may lead to better therapies

Another outcome related to the “whitening” of brown fat in these genetically engineered mice was that none of them were able to handle cold temperatures, whereas around 80 percent of normal mice can adjust to such environmental changes.

At the same time, when it came to the metabolism of the animals — or how much weight they put on — Evans and team did not find any significant differences between the regular mice and their genetically engineered counterparts.

Put together, these findings suggest that the expression of the estrogen-related receptor gamma gene allows brown fat to remain “brown” and respond adequately to cold temperatures.

“This not only advances our understanding of how the body responds to cold, but could lead to new ways to control the amount of brown fat in the body, which has links to obesity, diabetes, and fatty liver disease.”Ronald Evans

Another aspect of the researchers’ experiments was informed by the fact that the estrogen-related receptor gamma gene encodes a protein that accesses cells’ nuclei and influences the expression of other genes.

Additional experiments revealed that estrogen-related receptor gamma targets a number of genes — such as Ucp1, Coxa1, and Pparα — that have been linked to brown fat mechanisms and obesity, but never before to this protein.

The team writes that further studies should investigate what effects activating the estrogen-related receptor gamma gene in white fat cells would have. They hope that this move might make white fat cells behave similarly to brown fat cells, making this a viable strategy for therapies targeting obesity and diabetes.

Moreover, they point out that it is important to make sure that estrogen-related receptor gamma has the same roles in humans’ brown adipose tissue as it does in that of mice.