Millions of people are exposed to excessive noise at work, finds a new study by the Centers for Disease Control and Prevention. This affects not only their hearing, but also their heart health.

A noisy workplace may put your heart at risk, a new study finds.

In the United States, around 22 million workers “are exposed to potentially damaging noise at work each year,” say the U.S. Department of Labor.

So far, workplace noise has mostly been viewed as a hazard for hearing, with $242 million being spent every year to compensate individuals for hearing loss caused by work conditions.

Now, a study from the National Institute for Occupational Safety and Health (NIOSH) — which forms part of the Centers for Disease Control and Prevention (CDC) — reveals that loud noise in the workplace is also associated with high blood pressure and high cholesterol.

The results of the research, which was undertaken by Elizabeth Masterson and colleagues from the NIOSH, are now published in the American Journal of Industrial Medicine.

That is why, he urges, “Worksite health and wellness programs that include screenings for high blood pressure and cholesterol should also target noise-exposed workers.”

Noise at work is a real health hazard

High cholesterol and high blood pressure, or hypertension, are officially listed as top risk factors for heart disease, and the CDC note that about 610,000 people die because of heart-related problems each year.

By lowering the presence of relevant risk factors, the risk of heart disease decreases. That is why it is so important to understand what situations could affect exposure to these risks.

In the new study, the scientists worked with data sourced from the 2014 National Health Interview Survey, so they could get an understanding of: 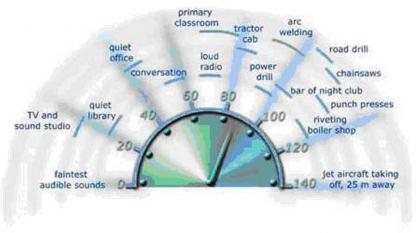 The scientists also discovered that 12 percent of workers reported a hearing-related problem, while 24 percent of workers had hypertension, and 28 percent exhibited high cholesterol. Among those with hearing problems, 58 percent had acquired these issues due to exposure to high noise levels in the workplace.

Of the industries with the highest exposure to potentially damaging levels of noise, the researchers name mining, construction, and manufacturing as the top three, with 61 percent, 51 percent, and 47 percent occupational noise prevalence, respectively.

When it comes to occupations, those with the highest prevalence of exposure to excessive noise are: production (at 55 percent), construction and extraction (at 54 percent), and installation, maintenance, and repair (all at 54 percent).

“A significant percentage of the workers we studied have hearing difficulty, high blood pressure, and high cholesterol that could be attributed to noise at work,” Masterson notes.

“If noise could be reduced to safer levels in the workplace, more than 5 million cases of hearing difficulty among noise-exposed workers could potentially be prevented,” she adds.

“It is important that workers be screened regularly for these conditions in the workplace or through a healthcare provider, so interventions can occur. As these conditions are more common among noise-exposed workers, they could especially benefit from these screenings.”