Feed a cold, starve a cancer? 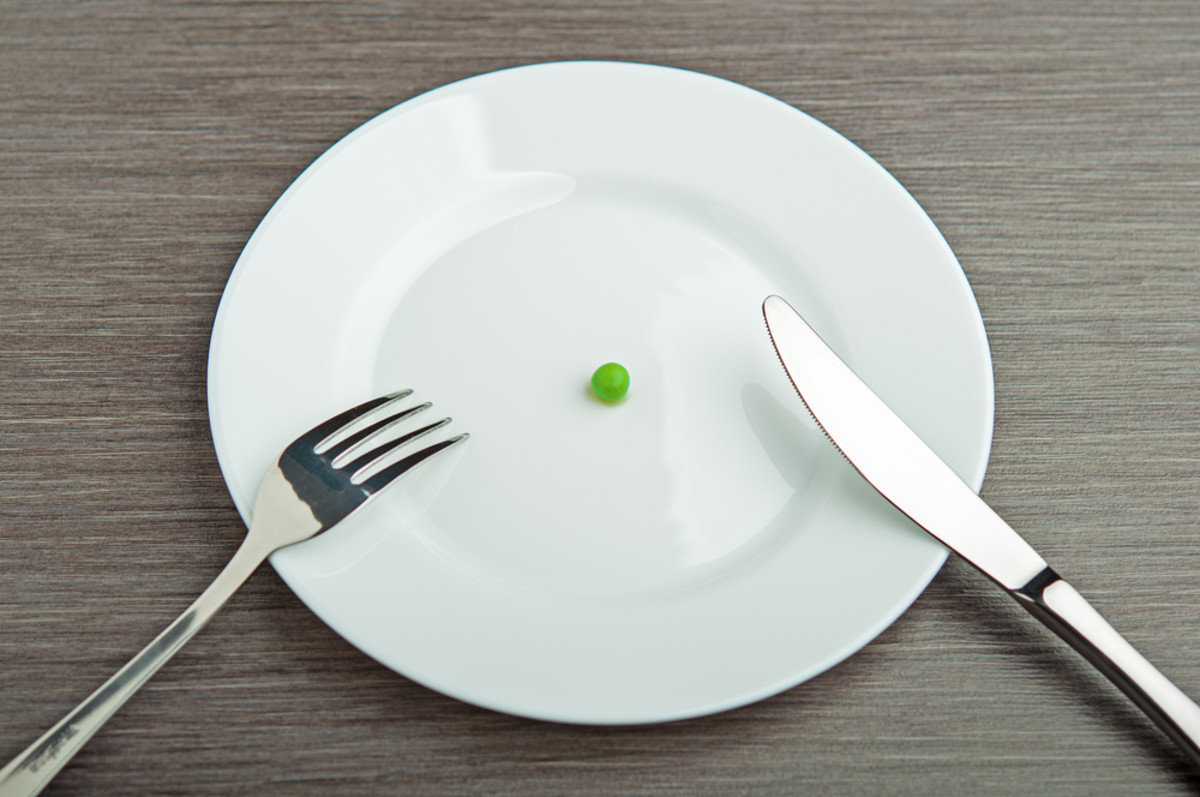 little over three months after completing a staggering 104-mile marathon swim in Lake Champlain, Sarah Thomas, 35, of Conifer, Colorado, got some frightening news.

Despite being in the best shape of her life and still riding high on the success of her world-record swim, the otherwise extraordinarily healthy athlete who had no known risk factors for the disease was diagnosed with stage 2 breast cancer. Although devastated by the news, Thomas didn’t waste any time before diving into dealing with the challenge of cancer – just like she would the challenge of an ultra-marathon swim. She read everything she could find on triple-negative cancer, a particularly aggressive form of the disease, and asked a lot of questions.

When a friend pointed her toward research into the possible therapeutic effects of fasting in combination with chemotherapy to treat cancer, she was intrigued. Additional research turned up several studies suggesting that fasting before chemo might alleviate common side effects like nausea and vomiting. There’s also a growing body of research into whether fasting could have a beneficial effect against the cancer itself. (Ketogenic diets are also being investigated for similar effects on cancer cells.)

Valter Longo, professor and director of the USC Longevity Institute at the USC Leonard Davis School of Gerontology and author of several of these studies, says the basic concept behind fasting as cancer treatment is one of biological self-preservation. “In all organisms starting from bacteria, starvation makes the organism go into a protective mode.” It seems a lack of nutrients coming into the organism changes the way normal cells function. But cancer cells are apparently exempt from this protective-mode response because of genetic mutations that cause the cells to get “stuck” in an overactive growth process. When cells become cancerous, they become “constantly active,” Longo says. “They basically prevent entry into the protective mode, so now you have a way to distinguish all cancer cells from all non-cancer cells because all non-cancer cells respond to fasting by becoming protected, and the cancer cells by definition ignore this order and they continue to grow.”

This is a process that was identified way back in the 1920s by a German biochemist named Otto Warburg, who discovered that most cancer cells have a strong preference for fueling their out-of-control growth with glucose. Parker Hyde, a graduate research assistant and Ph.D. candidate at Ohio State University who’s investigating the interaction between diet and cancer treatment, says doctors have been exploiting some cancer cells’ glucose affinity for years now.

Many PET scans use a sugar-like substance laced with radioactive tracers to show which cells absorb the most molecules, which then pinpoints the location and size of tumors on imaging scans. “We’re able to infuse this glucose analog in individuals and watch where that glucose goes. It’ll end up aggregating inside of the cancer cells and some other tissues that love glucose, like the brain.”

Having noted cancer cells’ proclivity for glucose, Warburg hypothesized that removing the source of the fuel might help prevent the growth and spread of cancer cells. “The cancer cells are usually dependent on much more glucose than [normal cells], [so] by decreasing the glucose [present in the body] you can generate problems” for the cancer cells, Longo says.

Enter fasting, which removes not just sugars, but all nutrients from the organism for a period of time. Down the ages, fasting was common for our human ancestors, long before always-open convenience stories offered an easy hit of sugar anytime we might want one. Could a return to this older cycle of eating and fasting help defeat cancer?

Longo is a leading researcher in this field and is also investigating whether fasting can improve longevity. Several recent studies he and his team have published suggest that fasting or consuming an easier-to-sustain fasting-mimicking diet (a very low-calorie diet that produces the same biological effects as fasting without being as difficult to maintain) could have applications not just in the treatment of cancer, but also other diseases. “I think we have evidence that it is the broad changes caused by fasting that are important. By just going after glucose, you may affect some cancers and not other cancer cells. But by fasting, you really completely revolutionize their environment,” making the cancer cells vulnerable to attack from the immune system and medical treatments. “It’s really about synergism. [Fasting] isn’t helping the drug a little bit, it’s making drugs and therapies that are normally just delaying cancer growth cure the mice. It’s a complement, but it’s a complement that sort of revolutionizes the efficacy” of current therapies in mouse studies, Longo says.

“If you think about it, cancer cells have evolved in the presence of lots of nutrients, lots of sugar, lots of proteins and amino acids. That’s exactly what they like. That’s what they’re used to [having, and] when you take that away and add chemotherapy or radiotherapy or potentially newer therapies, now the therapies can be much more effective,” Longo explains. In some of these models where chemo and a fasting-mimicking diet were combined, mice who had a zero percent chance of surviving the cancer experienced a “cure rate of 40 to 60 percent. It doesn’t always happen, but the range is between 20 and 60 percent in many different types of cancer,” Longo says. He also says a fasting-mimicking diet could have cancer preventive properties as well, which is another area of ongoing research.

It’s important to note that the bulk of the research into fasting’s effects on cancer cells have been conducted in cells in the lab and in mice. Petri dishes and mice are not people, and real-world applications of fasting have limitations – fasting for too long obviously leads to death from starvation, for one. Nevertheless, Longo says the research so far has been encouraging that periodic fasting or fasting-mimicking diet techniques could become a tool in the arsenal to fight a variety of cancers. “The mouse studies are very clear, starting in my lab, and multiple labs confirm it, that fasting or at least fasting-mimicking diets increase the protection against the chemotherapy and at the same time they may kill off the cancer cells.”

Having read about this research, Thomas talked with her oncologist, Dr. Sarah Conlon with Mile High Oncology in Littleton, Colorado, about whether or not fasting would be a good idea. Conlon says Thomas isn’t her only patient who’s been asking about fasting and other dietary means of addressing cancer. “A lot of patients ask for this, because intuitively it makes sense. If you make the cancer cells vulnerable and take away their fuel for growth, the chemotherapy will be more effective.” Although she urges caution and a considered, individual approach, a few of her patients have tried fasting and gotten “mixed responses. Some people have responded well and others did not.” She stresses that it’s one thing to make the cancer cells vulnerable, but to be careful not to do so to the detriment of the whole patient. “You don’t want to make yourself vulnerable,” and wind up with a complication.

This is a real concern, especially for some advanced-stage cancer patients, says Dr. Nicole Williams, assistant professor of medical oncology at the Ohio State University Wexner Medical Center, who says she’s also noticed an increase in patients asking about ways they can alter their diet to help support their cancer treatments. “I always say, ‘there’s excellent preclinical data that shows maybe fasting can have some benefits in improving tolerance to chemotherapy and reducing side effects, but that the data we have in humans is very limited.”

Add to that how challenging it can be to voluntarily go without food for a few days – some studies have only shown a beneficial effect after 48 hours of fasting – especially while dealing with cancer. Moreover, some patients simply shouldn’t fast. “Extended fasting has been associated with increased nitrogen loss (protein breakdown) and weight loss,” Williams says. “If the patient is high-risk and weight loss is [not recommended], like in advanced stage lung cancers, fasting most likely should not be clinically recommended.” So for now, she’s cautious about recommending this approach to her patients. “We need more data with more patients to better identify who may or may not benefit from fasting. I don’t think it’s for everyone.” 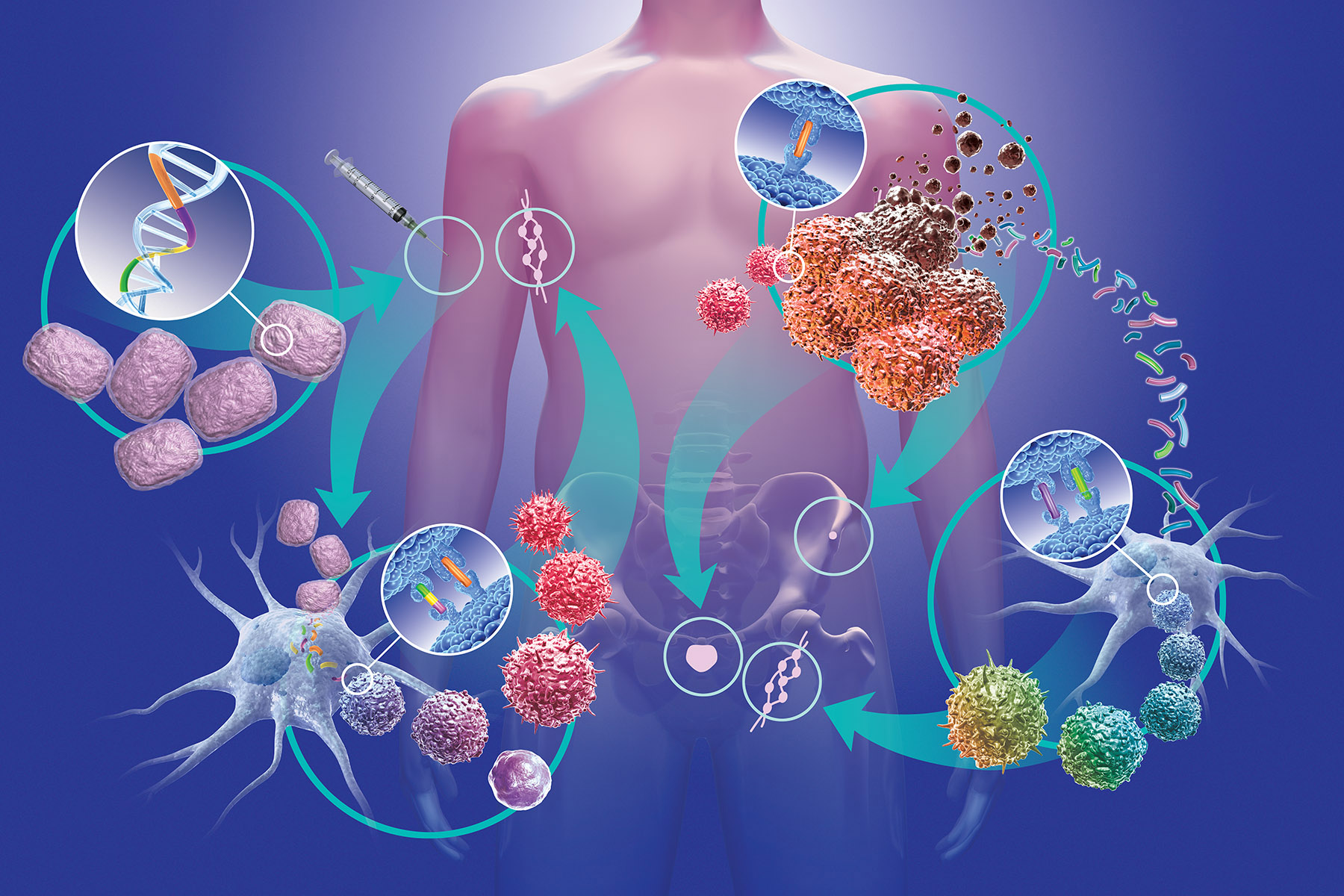 Ultimately, Thomas did try fasting for three days before one chemotherapy session. “My chemo is on Thursdays, so I ate dinner on Monday night and then I didn’t eat anything else until after chemo on Thursday,” she says. “The first 18 hours were kind of rough, but overall, it wasn’t as bad as I thought it was going to be,” she says. In addition to drinking lots of water to fend off hunger pangs, Thomas also drank bone broth to keep from losing too much sodium. She says by Wednesday, the feelings of hunger had mostly subsided and she got through her Thursday chemo session without incident, but was glad to get back to eating normally afterwards. The fasting period lasted about the same amount of time as her 67-hour Lake Champlain swim did.

Although Thomas says she feels it was worth a try and her white blood cell counts did increase that week (possibly because of a medication she’d been given the week prior, so no causal connection can be drawn between the blood counts and fasting in this instance), she only fasted once. “I can’t speak to whether it made the chemo more effective, but I didn’t see a ton of changes in side effects.” She says the loss of energy she felt when swimming that week outweighed any slight improvements to side effects, and her weekly chemotherapy schedule meant that fasting for each session going forward would have been near impossible.

Conlon supported Thomas in this mini-experiment but also notes that “the research is still in its infancy,” and until more and larger clinical trials have been completed, fasting probably won’t be a regularly recommended aspect of most cancer patients’ treatment protocol.

On Tuesday 29 September (12.30pm BST/1.30pm W Europe) PrEP in Europe is holding a special webinar on

The pharmacokinetics (how the body absorbs, distributes, metabolises and excretes drugs) of adult do

Among people with HIV taking antiretroviral therapy for the first time, integrase inhibitors are not

The global targets to eliminate vertical transmission of HIV by 2020 were set in 2014. But till now,

Why do people in southern Africa stop taking PrEP?

Trans and cis women and men all have similar levels of PrEP drugs in blood, directly observed dosing study finds