A 2013 study found that 46.4 percent of students who used Adderall non-medically had simultaneously used alcohol within the past year.

Another study found that 19 percent of people surveyed, who were prescribed Adderall to treat ADHD, intentionally misused their medication while drinking alcohol.

Although many people do it, mixing alcohol and Adderall can be life-threatening, especially when people consume them at the same time.

Is it safe to drink while taking Adderall? 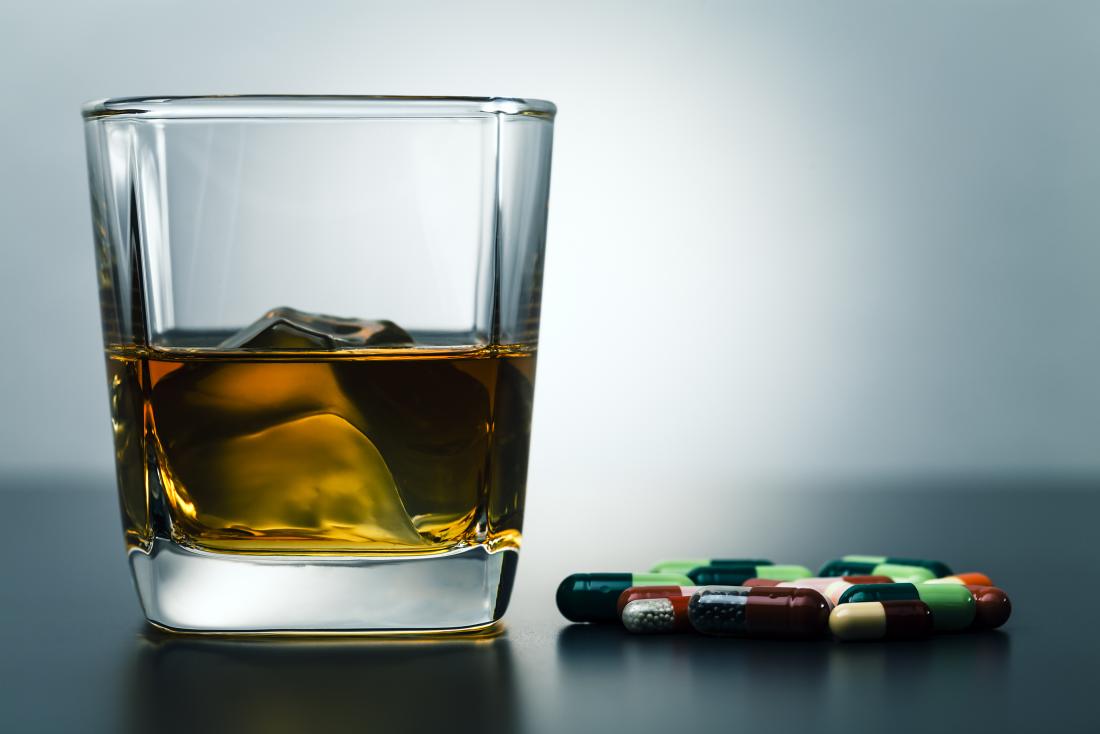 Drinking alcohol while taking Adderall can be dangerous, as both contain chemicals that affect the central nervous system differently.

A 2013 report found that 19 percent of the emergency room visits related to ADHD medications in the United States, involving people aged 18 to 25, also involved alcohol use.

Examples of misusing Adderall include:

Why is it dangerous?

Adderall contains chemical salts that increase the effect of the neurotransmitters dopamine and norepinephrine in areas of the brain that improve focus and alertness.

Alcohol decreases the effects of neurotransmitters in the brain, slowing down bodily processes and mental function.

There are a few reasons why mixing alcohol and stimulants, such as Adderall, is not safe.

Alcohol is a depressant in moderate to large quantities. But in small doses, such as a glass of wine or beer, it usually acts as a temporary stimulant. This means Adderall may intensify and lengthen the period of stimulation people experience after a few drinks.

It may also delay the sedating effects of larger doses of alcohol, which might cause people to drink more than they would do otherwise. Consuming large quantities of alcohol can overwhelm the liver, leading to an alcohol overdose.

In other words, Adderall masks the sedating effects of alcohol that usually help prevent people from overdosing on alcohol.

Alcohol and the stimulants in Adderall also require the same liver enzymes for digestion.

People who drink while on Adderall may also feel the effects of one of the two drugs more than usual, depending on which drug is processed quicker by the liver. 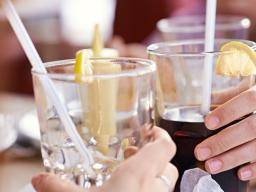 Symptoms and side effects

Mixing the two can intensify the effects of Adderall and alcohol in the body.

The specific side effects associated with consuming Adderall and alcohol depend on how the two drugs have combined in the body.

Adderall can also cause different symptoms in people who are not using Adderall for medical purposes or not taking it as prescribed.

If someone has a few drinks, they will usually feel a temporary buzz, similar to the rush of euphoria associated with small or mild doses of Adderall.

After more than 1 or 2 drinks, especially over a short time period, most people experience symptoms that can include:

Symptoms will depend on the person’s body weight, medical conditions, and history of alcohol usage.

If someone continues to drink alcohol, they will experience increasingly severe symptoms. Symptoms associated with heavy alcohol consumption include:

If someone misuses Adderall repeatedly, they can develop very unpleasant symptoms, even if they have a prescription for the medication.

Symptoms and side effects of repeated Adderall misuse include:

When someone consumes too much Adderall, it can interfere with their body’s chemical signaling, causing serious, life-threatening symptoms.

People who think they may have taken too much Adderall should call the emergency services immediately, or ask someone to take them to the emergency department of a hospital.

If someone has the signs and symptoms of an Adderall overdose but is not able or willing to seek medical attention, someone else must call the emergency services for them or take them to the nearest hospital. Paramedics can give people medicine to return blood flow to their heart and reduce seizures.

Symptoms associated with using high doses of Adderall over the short-term include:

Symptoms associated with long-term use of high doses of Adderall include:

Not much research has been done on the specific effects of mixing alcohol and Adderall. However, the studies that exist often show that combining the two drugs tends to greatly increase the risk of experiencing symptoms, such as:

The greatest risk associated with drinking alcohol while taking Adderall is alcohol poisoning.

People who drink more alcohol than their livers can process may experience alcohol poisoning, where alcohol blood levels are so high they become life-threatening.

Symptoms of alcohol poisoning include:

As a prescription stimulant, Adderall itself is associated with quite a few risks, especially at high doses. Drinking may also intensify the effect Adderall has on the body.

Risks associated with very high doses or overdoses of Adderall include:

The full extent of outcomes and effects linked with the combined use of Adderall and alcohol is not fully understood yet. However, some research has shown that the simultaneous use of alcohol and prescription stimulants is often linked with: 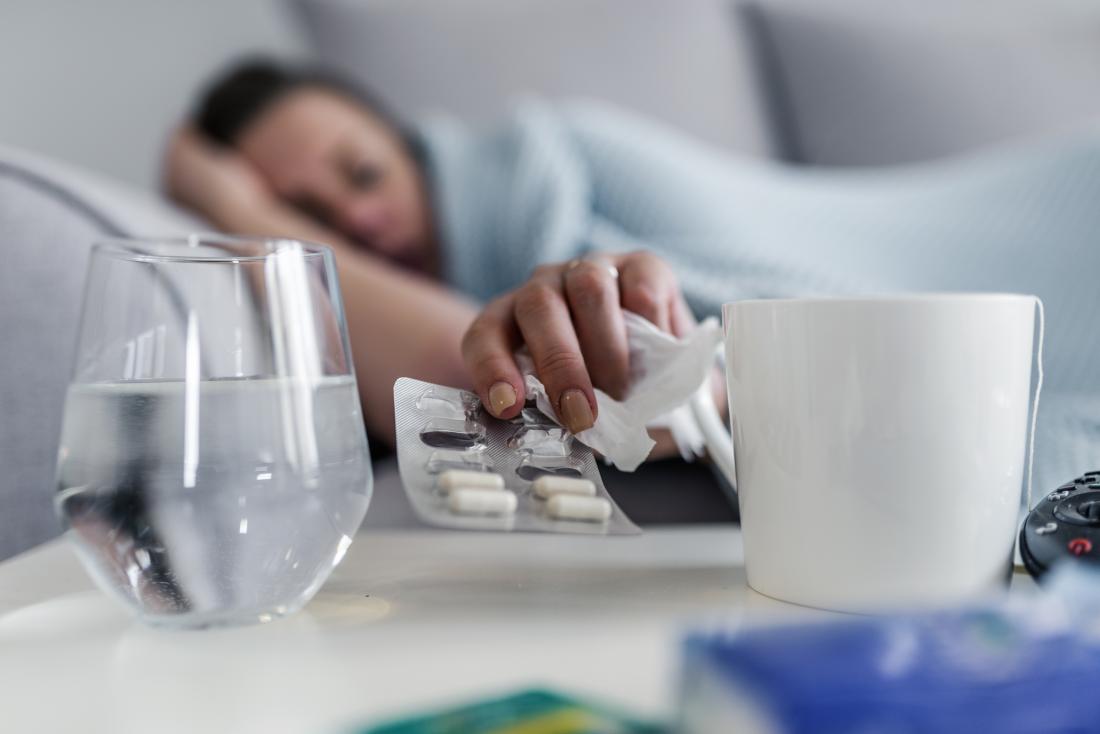 Alcohol poisoning is the greatest risk associated with drinking alcohol while taking Adderall.

The U.S. Drug Enforcement Administration classifies Adderall as a Schedule II drug, meaning it carries a high risk of abuse and severe physical and psychological addiction.

The long-term use of Adderall can cause some people to develop a tolerance to the drug, meaning they need higher or more frequent doses to get the same effect.

Adderall misuse is also associated with a condition called substance use disorder (SUD), which can develop into addiction.

SUD can result in:

People with SUD also experience symptoms of withdrawal if they suddenly stop taking the drug or greatly reduce their dosage.

Symptoms of Adderall withdrawal include:

Although it is very dangerous to combine Adderall and alcohol, a lot of people who misuse Adderall consume alcohol at the same time.

Adderall can mask the effects of alcohol intoxication, making it much easier for individuals to consume too much alcohol. Studies have also shown that people who use Adderall for non-medical purposes while drinking alcohol are more likely to experience a wide array of adverse effects.

People who mix alcohol and Adderall also seem to be at an increased risk of developing substance abuse problems and are more likely to experiment with other prescription and illegal drugs.