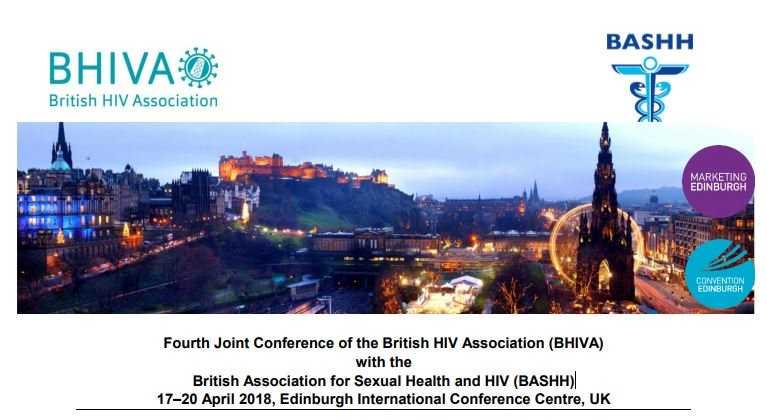 “Welcome to a country where we do have a full NHS-delivered programme for PrEP, with no upper limit,” began Dr Rak Nandwani of NHS Glasgow and Clyde as he outlined Scotland’s experience to the joint conference of the British HIV Association (BHIVA) and British Association for Sexual Health and HIV (BASHH) in Edinburgh yesterday.

In the first eight months of the programme, since last July, 1295 people have been prescribed pre-exposure propylaxis (PrEP). Of these, 1254 are gay, bisexual or other men who have sex with men (MSM) and ten are women. (Data on the gender and sexuality of the last 31 participants are missing.)

One in eight MSM who have attended sexual health clinics since July have been prescribed PrEP.

Demand has greatly exceeded expectations – policy makers had anticipated that 1000 people would be prescribed PrEP in the first year of a programme. While leaflets to explain PrEP have been developed and there has been some work to build understanding of PrEP among GPs and healthcare professionals outside of sexual health, there haven’t been any major campaigns to raise awareness of PrEP. A lack of targeted campaigns does run the risk of limiting PrEP provision to communities where there is already some knowledge and awareness of PrEP. 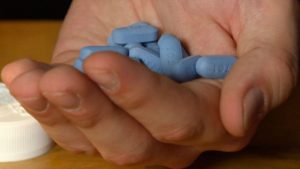 The availability of PrEP has brought new people into contact with sexual health services. Of 1780 people who said that PrEP was the reason they had attended, 18% had no previous record on the electronic patient record and 27% were attending for the first time in over two years. Attracting these people is welcome, but it has created an extra workload and reduced capacity for other groups of patients.

A poster from Dr Rachel Drayton of Cardiff Royal Infirmary outlined the roll-out in Wales over the same period of time – 386 people have been prescribed PrEP (the expectation was for 500 people in the first year). Again, almost all are MSM, most often living in the south east of the country. Daily dosing has been chosen by 94%.

Just under one in five PrEP users are over the age of 45 and kidney problems have been a greater issue than had been anticipated, based on the experience of previous studies which recruited a younger population. Among 261 potential PrEP users, 11 did not start PrEP for kidney reasons, 18 who did start PrEP have needed extra monitoring and specialist clinical support and 3 have stopped taking PrEP because of kidney issues.

When PrEP users are older, have pre-existing health conditions or are taking others medications, PrEP can be more complex to manage for clinicians. This has also been an issue in Scotland and has implications for how sexual health clinics organise their PrEP services. Training nurses to provide most aspects of PrEP (including prescriptions under a Patient Group Direction) will allow more people to be seen, but senior doctors need to be available for medically complex cases.

Political pathways to PrEP in the four nations of the UK

Last April, the All Wales Medicine Strategy Group announced that it did not support the provision of branded Truvada as PrEP in Wales, as it was not confident that PrEP would be cost-effective in a country with a low prevalence of HIV. Three days later the health minister made a surprise announcement, reversing the decision and announcing a three-year trial of PrEP, to begin within ten weeks.

“He meant a ‘trial’ in a politicians’ sense of the word,” Rachel Drayton told the conference. It is not a scientific trial, with a hypothesis, ethics approval and a statistical plan. She said it would be better to describe it as a ‘project’: “We were just going to do it and see how we got along.” 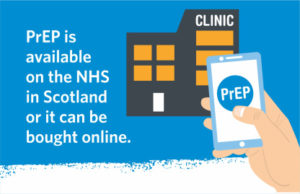 Sexual health services are reimbursed by the Welsh government for the cost of the drugs (branded Truvada is used) and additional testing, but not the extra clinic visits and staff time.

“None of this would have been possible without the community coming together with clinicians and activists,” Rak Nandwani said about the Scottish experience. In 2016, HIV Scotland instigated an expert working group which brought together a wide range of stakeholders, including clinicians, community organisations, service providers and researchers, as well as observers from government and the Scottish Medicines Consortium (the body which assesses the clinical effectiveness and cost effectiveness of medicines for the NHS in Scotland).

The working group recommended PrEP as part of a comprehensive HIV prevention programme. It assessed the potential public health impact and costs of PrEP and made suggestions concerning prescribing criteria and workforce training needs. The report had a strong influence on the decision of the Scottish Medicines Consortium to approve PrEP in April 2017.

A few months later NHS Scotland started to purchase the medication from generic suppliers. While this could be legally challenged – the decision of the European Court of Justice in a separate but related case will be crucial – it is making PrEP far more affordable for the health service.

South of the border, NHS England and Public Health England decided to set up a research trial, using generic medication, limited to 10000 participants. This was planned to assess uptake of and engagement with PrEP over three years, but recruitment has been much quicker than anticipated. In seven months, 5600 participants have been recruited at 121 clinical sites. Each participating clinic has been allocated a certain number of places, divided into those for MSM and those for women and other people. A number of clinics have already filled their allocation of places for MSM, creating frustration for potential participants and for the clinicians who care for them. 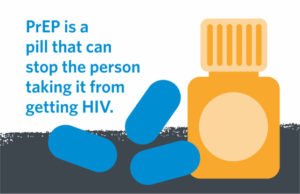 Northern Ireland is the one nation in the United Kingdom with no public provision of PrEP at all. Dr Carol Emerson of the Royal Victoria Hospital in Belfast said that she has been seeing increasing numbers of men who are buying PrEP online. Many had begun PrEP without any clinical support, including kidney monitoring. In line with BHIVA/BASHH guidelines, the sexual health clinic is stepping up the support and monitoring it offers to these men.

Emerson said there was a clear need for better HIV prevention in the province. While the rest of the UK has seen a 23% fall in new diagnoses since 2005, they have risen by 81% in Northern Ireland. Over half of new diagnoses are in gay men and 14% are recent infections. The cost implication of PrEP would not be great – 2000 HIV-negative gay men attend sexual health clinics each year, of whom around 260 are expected to be eligible and willing to use PrEP.

A working group has given policy makers a series of options for PrEP provision. However, the influence of religious and social conservatism on the local political culture, as well as the collapse of the power-sharing government, are barriers in the way of swift implementation.