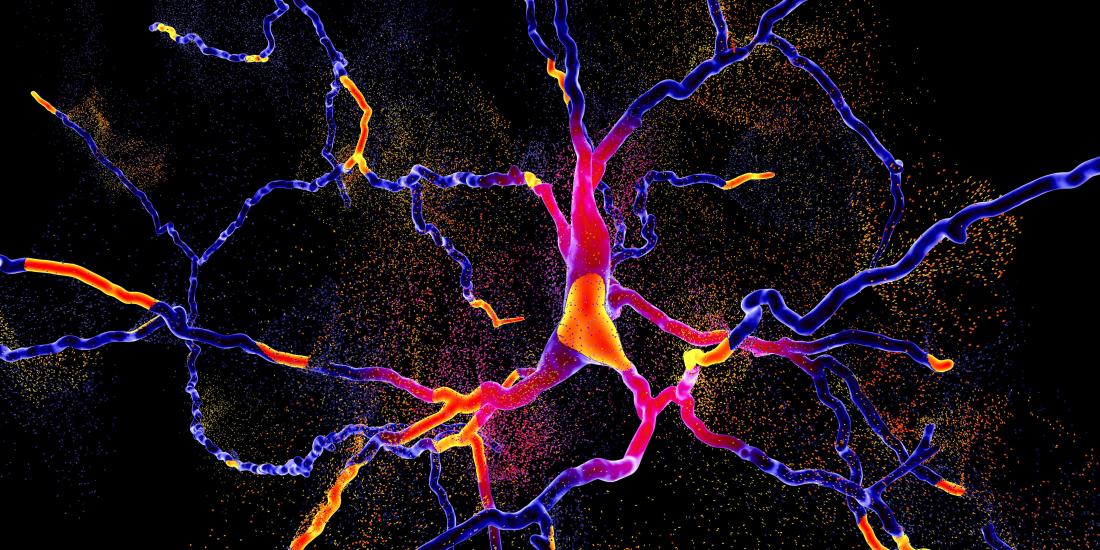 Blocking a newly discovered compound may slow down the degeneration of dopaminergic neurons (depicted here).

The condition is neurodegenerative, meaning that the neurons in a brain area tied to motor skills and movement control gradually deteriorate and die.

These brain cells would normally produce dopamine, which is a neurotransmitter key for regulating complex movements as well as controlling mood.

Although current therapies for Parkinson’s involve drugs such as Levodopa, which the brain can use to create dopamine, the reason why dopaminergic neurons die in the first place remains unknown.

So, now, a team of researchers led by two professors at Purdue University in West Lafayette, IN, investigated the hypothesis that a product of oxidative stress might be a key player in this cell death and the development of the disease.

Oxidative stress takes place when oxygen radicals are produced in excess, a process that results in a series of damaging effects, such as increased toxicity and damage to our DNA.

Profs. Shi, Rochet, and colleagues used a model of genetically modified rats to induce Parkinson’s-like symptoms and study the behavior of their dopaminergic cells, both in vitro and in vivo.

The researchers found that the compound called acrolein tends to build up in the brain tissue of rats affected by Parkinson’s. 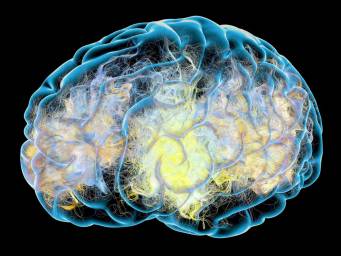 Acrolein, as the researchers explain, is a toxic byproduct of the brain burning fat for energy. The compound is normally discarded from the body.

Interestingly, however, the study revealed that acrolein raises the levels of alpha-synuclein. This is the clumpy protein that is believed to kill dopamine-producing neurons because it accumulates in unusual amounts in the brain cells of those with Parkinson’s or Lewy body dementia.

Additionally, injecting acrolein into healthy rats produced behavioral deficits typical of Parkinson’s. So, next, the researchers wanted to see if targeting this compound would stop the disease from progressing.

To this end, the team conducted experiments both in cell cultures and in the animals, evaluating their anatomy and the functionality of their behavior.

They turned to hydralazine, a drug used to treat blood pressure. As Prof. Shi explains, hydralazine is incidentally also “a compound that can bind to the acrolein and remove it from the body.”

Remarkably, the scientists found that inhibiting acrolein with hydralazine alleviated Parkinson’s-like symptoms in rats, as the study’s co-lead author reports.

“Acrolein is a novel therapeutic target, so this is the first time it’s been shown in an animal model that if you lower the acrolein level, you can actually slow the progression of the disease […].”

“This is very exciting,” he says. “We’ve been working on this for more than 10 years.”

“We’ve shown that acrolein isn’t just serving as a bystander in Parkinson’s disease. It’s playing a direct role in the death of neurons,” adds Prof. Rochet.

Rats vs. humans: Toward new drugs

Prof. Rochet cautions that, although promising, finding a drug that halts the disease in rats is still a far cry from finding an equivalent compound in humans.

“In decades of research, we’ve found many ways to cure Parkinson’s disease in preclinical animal studies,” he says, “and yet we still don’t have a disease therapy that stops the underlying neurodegeneration in human patients.”

“But this discovery gets us further down the drug discovery pipeline, and it’s possible that a drug therapy could be developed based on this information,” Prof. Rochet adds.

Although hydralazine is already in use and we know that it has no noxious effects, the researchers say that it may not prove to be the best anti-Parkinson’s drug down the line, for various reasons.

“Regardless,” Prof. Rochet continues, “this drug serves as a proof of principle for us to find other drugs that work as a scavenger for acrolein.”

“It is for this very reason,” Prof. Shi explains, that “we are actively searching for additional drugs that can either more efficiently lower acrolein, or do so with fewer side effects.”

“The key is to have a biomarker for acrolein accumulation that can be detected easily, such as using urine or blood,” he says.

“The goal is that in the near future we can detect this toxin years before the onset of symptoms and initiate therapy to push back the disease. We might be able to delay the onset of this disease indefinitely. That’s our theory and goal.”

Tell Me About It: busting myths and celebrating progress
16 October 2021

Tell Me About It: HIV Conversations in the Community is a six-part podcast series of honest conversations, sharing accurate and trustworthy information about HIV and sexual and reproductive health in a friendly and open way. [...]

Two studies that compared intracellular levels of the drugs used in PrEP found that levels of tenofovir in cells were seven times higher when the newer version of the tenofovir prodrug, tenofovir alafenamide (TAF), was used, than when the older version, tenofovir disoproxil fumarate (TDF), was used. [...]

A study published in AIDS found that people who already had some evidence of decreased kidney function on blood tests or who were aged over 50 were significantly more likely to develop kidney impairment when taking tenofovir disoproxil as pre-exposure prophylaxis (PrEP). The risk of kidney damage when taking PrEP was found to be low, although it may have been underestimated in previous clinical studies. [...]

Community mobilisation and ownership were central to the success of a PrEP demonstration project conducted with female sex workers in Mysore, India, a recent qualitative study has found. [...]

As HIV incidence declines in South Africa, new infections are concentrating in those over 25
16 October 2021

The scale-up of HIV treatment, youth-focused prevention interventions and voluntary male circumcision has changed the age distribution of HIV incidence in South Africa according to a study published in the Proceedings of the National Academy of Sciences. [...]

Equity in HIV funding: the right thing to do, cheaper, and more effective
16 October 2021

A cost effectiveness analysis looking at different approaches to scale up HIV prevention and care services in six US cities to improve population level health and reduce racial and ethnic health disparities has recently been published in the Lancet HIV. [...]

The majority of people with HIV who control the virus without treatment appear likely to maintain that state for many years, follow-up of a French cohort of ‘HIV controllers’ shows. The study of 302 people found that only 30% needed to start antiretroviral treatment during a median follow-up period of five-and-a-half years. Around one in six subsequently stopped treatment for periods ranging from two months to over three years. In almost all cases, those who stopped treatment maintained a viral load below 2,000 copies throughout their time off treatment. [...]

One in eight PrEP users in Boston switched from the better-established formulation Truvada to the newer Descovy, but only 7% of those switching had a clinical indication for doing so. Moreover, 14% made potentially harmful switches, as Descovy may have a negative effect on body weight and cholesterol. [...]