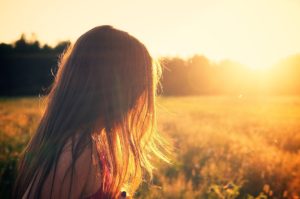 People living with HIV may have an increased risk of some types of skin cancer, Danish researchers report in the online edition of the Journal of the American Academy of Dermatology.

The investigators compared the risk of basal cell carcinoma (BCC), squamous cell carcinoma (SCC) and malignant melanoma (MM) between HIV-positive people enrolled in the Danish HIV cohort study and age- and sex-matched controls in the general Danish population. To control for sun exposure during childhood, the authors also examined cancer incidence in the siblings of both HIV-positive people and controls. Overall, people with HIV had an almost twofold increase in the risk of BCC and a fivefold increase in the risk of SCC.

“This unique study design using high quality population-based, nationwide data enabled us to address potential confounding by skin type and family related sun behaviour and to provide data on skin cancer risk in HIV-infected patients from more northern parts of the world,” comment the researchers. “The increased risk of BCC was restricted to patients reporting MSM [men who have sex with men] as route of HIV-infection. There seemed to be an association between immunosuppression and SCC-risk for HIV-infected patients. The risk of MM was not increased when compared with the background population but low number of MM cases makes definitive conclusion difficult.”

Thanks to antiretroviral therapy, most people with HIV now have an excellent life expectancy. Incidence of Kaposi Sarcoma and non-Hodgkin lymphoma – AIDS-defining cancers – is declining. However, rates of some other malignancies not usually regarded as HIV-related are increasing.

It is unclear if HIV is associated with an increased risk of skin cancer. The main cause of skin cancer is sun exposure or ultraviolet light but immunosuppression may increase the risk.

Cancers of the skin occur in three forms:

To find out if HIV infection increases the risk of skin cancer, investigators in Denmark designed a study comparing incidence and risk of BCC, SCC and MM among people in the national HIV cohort and age- and sex-matched controls in the general Danish population.

The study population consisted of 4280 HIV-positive individuals and 21,399 controls. In an attempt to control for sun exposure during childhood – a recognised risk factor for skin cancer in later life – the investigators also included the siblings of both HIV-positive people and controls, if residing in Denmark. For the people with HIV, data were obtained on current and nadir CD4 cell count and transmission risk group. Follow-up was to the end of 2014.

“One could argue that the increased risk of BCC might be driven primarily by sun exposure or sunbed use in youth/adulthood not accounted for by the sibling model since previous data suggest that HIV-infected MSM might have increased recreational UV-exposure,” suggest the authors.

As regards SCC, incidence was 0.50 per 1000 person-years among people with HIV, compared to 0.10 per 1000 person-years among the controls. Siblings of HIV-positive individuals had a similar incidence to the controls. The investigators calculated that infection with HIV was associated with a more than fivefold increase in the risk of SCC (IRR = 5.40; 95% CI, 3.07-9.52). A low nadir CD4 cell count was associated with increased risk of SCC.

Incidence of MM was comparable between HIV-positive individuals and the controls. All cases of MM among people with HIV occurred in individuals with a nadir CD4 cell count below 350 cells/mm3.

“With this nation-wide, population-based cohort study, we have demonstrated that HIV-infected patients have an increased risk of BCC and SCC,” conclude the authors. “The risk of SCC seemed to increase with increasing level of immunosuppression while the increased risk of BCC was restricted to patients reporting MSM as route of infection.”