Aside from skin cancer, prostate cancer is the most common cancer in the United States, with around 164,000 new cases each year.

Although modern treatments, including radiotherapy and surgery, are often successful when the disease is caught early, there is still much to learn.

For instance, some cases recur and multiple treatments are often needed. Current drugs can be effective, but cancer cells evolve so quickly that there is an ongoing arms race.

New and innovative anticancer agents are needed, but the development of such drugs is relatively slow.

One of the primary reasons why creating and testing new prostate cancer drugs takes such a long time is that prostate cancer tissue does not survive well outside of the body. Once the tissue has been removed from a patient, it is very difficult to keep it alive.

Therefore, early drug screening must be carried out on oversimplified cancer cells that are grown in a laboratory. Although these trials are useful, genuine tumor cells are by far the best way to get a solid understanding of how a drug might work in the human body.

What makes prostate cancer become aggressive? Study investigates
Scientists have pinpointed a mechanism for aggressiveness in prostate cancer, paving the way for new treatments of the disease.

Researchers from Monash University in Melbourne, Australia, have been looking for ways to circumvent this roadblock. The group, led by Prof. Gail Risbridger, has designed a way to grow tumors in the laboratory from donated tumor tissue. The resulting tissue is just as complex as the tumors found in people with prostate cancer.

This access to realistic tumors means that new drugs and drug combinations can be trialed at a much quicker rate. Already, Prof. Risbridger has more than 20 laboratory-grown tumors ready to be used for this purpose. 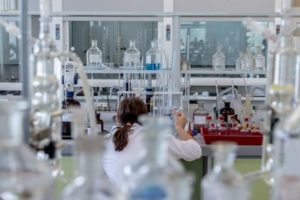 Dr. Lawrence is excited about the findings, saying, “These lab-grown tumors have enabled us to rapidly compare different treatments and identify those that cause the most striking reduction in tumor growth.”

He explains that the combination of drugs they used was able to suppress “the growth of aggressive prostate cancer cells that do not respond to other treatments.”

The team is eager to share its newfound methodology with other scientists in the same field. To this end, the researchers established the Melbourne Urological Research Alliance, which brings together prostate cancer specialists including urologists, pathologists, oncologists, computer scientists, and patient representatives.

Although this methodology is relatively new, it promises a swifter turnaround for the scientists involved and, eventually, better treatments for patients.