New research suggests that taking vitamin B-3 orally might soon become an effective way to treat or even prevent acute kidney injury.

In acute kidney injury, the kidneys suddenly stop functioning — usually as a result of complications during hospitalization.

Approximately 10 percent of adults who are hospitalized in the United States reportedly develop it.

Though temporary, the condition can be fatal. In fact, the National Institutes of Health (NIH) say that 9.5 percent of the adults who had the condition in 2013 died as a result.

Acute kidney injury occurs when waste products accumulate in the blood and the kidneys struggle to maintain a good balance of fluids in the body. Seniors, people already hospitalized, and patients in intensive care units are particularly vulnerable to the condition.

New research led by Dr. Samir M. Parikh — a kidney specialist at the Beth Israel Deaconess Medical Center (BIDMC) in Boston, MA — suggests that a form of vitamin B-3 may be used to prevent acute kidney injury in vulnerable people.

The findings are now published in the journal Nature Medicine.

Dr. Parikh and team studied the metabolism of mice with acute kidney injury. Urine tests revealed lower levels of a substance called nicotinamide adenine dinucleotide (NAD+). NAD+ is the final metabolized form of vitamin B-3 after the vitamin has been ingested.

Also, the tests showed high levels of another substance called quinolinate, which is a precursor of NAD+. The researchers concluded from the findings that an enzyme that normally transforms quinolinate into NAD+ might be malfunctioning. This enzyme is called QPRT. 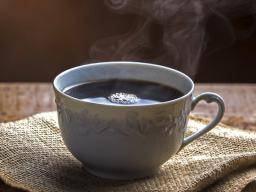 In order to test their hypothesis, the researchers used gene editing technology to create mice that had reduced levels of the QPRT enzyme, but whose kidneys were otherwise healthy.

The mice soon started to display symptoms of acute kidney injury, including reduced NAD+ levels and higher levels of quinolinate.

The findings, the scientists conclude, “established QPRT as a mediator of renal stress resistance.”

Vitamin B-3 treatment: Safe and beneficial

Then, the researchers conducted four human studies to examine whether quinolinate can be used to indicate reduced NAD+ biosynthesis.

They discovered that the patients who had undergone major surgery and were therefore prone to developing acute kidney injury had high levels of quinolinate in their urine.

Also, the researchers administered large doses of vitamin B-3 to 41 people who had undergone cardiac surgery.

“Our results,” explains study co-author Dr. Kamal Khabbaz, the chief of cardiac surgery at the CardioVascular Institute at the BIDMC, “suggest that NAD+ biosynthesis becomes impaired during human acute kidney injury and that augmenting vitamin B-3 levels may be safe and potentially beneficial to patients.”

“Restoring NAD+ could constitute an important advance for patients at risk for acute kidney injury, though further studies are needed to verify these findings,” concludes Dr. Khabbaz.

Dr. Parikh echoes the same caution, saying, “These findings are very early, but the results suggest that we could one day have a non-invasive test for NAD+ status and perhaps even treat acute kidney injury by boosting NAD+ levels.”

“We were able to detect a drop in NAD+ in the urine of high-risk patients who were either in an intensive care unit or undergoing a major surgery and found that oral vitamin B-3 could safely elevate NAD+ in high-risk patients.”