MENUMENU
SIGN IN | SUBSCRIBE
A new combination drug may have the potential to revolutionize hypertension treatment worldwide, after a clinical trial has declared it safe to use and very effective.

In a recent clinical trial led by researchers from the George Institute for Global Health — with branches in the United Kingdom, Australia, and India — they tested the effectiveness and safety of using an innovative drug for the treatment of high blood pressure, or hypertension.

This drug, nicknamed the “triple pill” by the investigators, combines low doses of three existing drugs for blood pressure.

According to World Health Organization (WHO) data from 2008, about 40 percent of adults aged over 25 had raised blood pressure worldwide. The WHO also estimate that hypertension is responsible for 7.5 million of all deaths across the globe.

That is because this condition is a major risk factor for both heart disease and stroke, making it a priority to have effective treatments in place for the regulation of blood pressure. 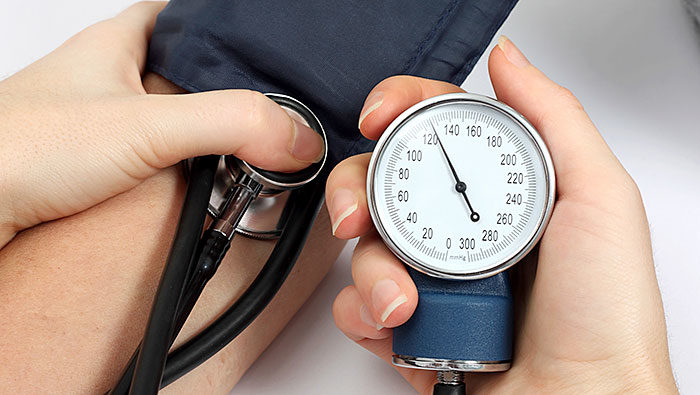 Normally, people with hypertension start taking one blood pressure drug at low doses, only to have to return to their doctors time and again. They then get prescriptions for increasingly higher doses and more hypertension drugs.

According to study co-author Dr. Ruth Webster, “Patients are brought back [to the doctor’s office] at frequent intervals to see if they are meeting their targets with multiple visits required to tailor their treatments and dosage.”

“The problem with this approach,” she adds, is that it “is not only time inefficient, it’s costly. We also know that many doctors and patients find it too complicated and often don’t stick to the process.”

So, Dr. Webster and colleagues tested a method that, they hoped, would be more efficient, would not have additional side effects, and would remove some of the inconveniences related to a traditional treatment.

This is how they came up with the “triple pill,” which combines fixed low doses of three already existent drugs commonly used to treat hypertension.

The clinical trial testing the efficacy and safety of the new combination pill took place in Sri Lanka. It involved 700 participants — aged 56, on average — whose average blood pressure amounted to 154/90 millimeters of mercury (mm Hg), which is a typical sign of hypertension.

Of all the participants, some took the combination pill, while others continued to follow their usual blood pressure-lowering therapy, as per their doctors’ advice.

Even slightly elevated blood pressure increases dementia risk
A new study warns that it does not take a high increase in blood pressure for a person’s risk of dementia to become more severe.
Read now

In contrast to those following traditional therapy for hypertension, a larger number of those taking the combination pill were able to lower their blood pressure effectively, reaching their target pressure of 140/90 mm Hg or under.

The target for individuals with diabetes or kidney disease was 130/80 mm Hg, which many people taking the “triple pill” were able to reach.

More specifically, 70 percent of the people taking the “triple pill” achieved their target blood pressure, compared with a little over 50 percent of the participants who continued on traditional hypertension therapy.

In the study paper they published in JAMA, the authors explain that after 6 months from the start of the trial, 83 percent of the people who had started on the “triple pill” were still following this same treatment.

To the contrary, most of the participants following a traditional treatment had added medication or increased drug quantities by the 6-month mark.

“The World Heart Federation [have] set an ambitious goal that by 2025 there will be a 25 percent reduction in blood pressure levels globally,” says study co-author Prof. Anushka Patel.

“The triple pill,” she continues, “could be a low-cost way of helping countries around the world to meet this target.”

‘This study has global relevance’ 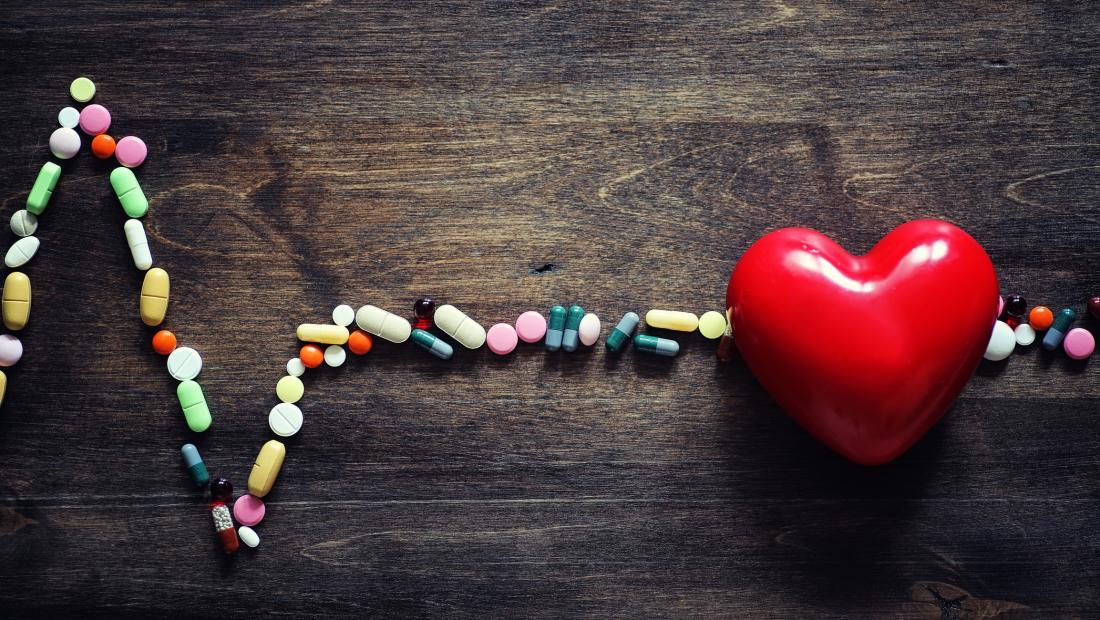 Researchers at the George Institute believe that their “triple pill” could really make a difference to current therapy for hypertension.

Right now, the team is looking into the combination drug’s cost effectiveness for various countries and putting into place strategies to make the drug accessible across the world. “This study has global relevance,” says Prof. Patel.

“While the most pressing need, from the perspective of the global burden of disease, is low- and middle-income countries, it’s equally relevant in a country like Australia where we’re still achieving only [40–50 percent] control rates for high blood pressure.”

Younger age, problems obtaining PrEP, and worries about side effects among the factors associated with PrEP discontinuation in Germany

Factors associated with discontinuing HIV pre-exposure prophylaxis (PrEP) in Germany include younger age, dissatisfaction with sex life, problems obtaining treatment and concerns about side effects, German investigators report in BMC Public Health. The research involved both current and former PrEP users, also showing that 19% of former users reported very inconsistent condom use after discontinuing the treatment, indicating they had a high ongoing risk of contracting HIV. [...]

A study of young people living with HIV in Spain found that after transitioning to adult clinics, virological suppression and CD4 count improved in the following three years. The study led by Dr David Aguilera-Alonso of the Hospital General Universitario Gregorio Marañón is one of the largest published descriptive studies about transition from paediatric care. It appears in the 1 February issue of the Journal of Acquired Immune Deficiency Syndromes. [...]

The worst predictions of modelling studies concerning the impact of the 2020 COVID-19 lockdown on HIV care appear not to have come true in South Africa. A study in The Lancet HIV shows that in the province of KwaZulu-Natal, antiretroviral therapy (ART) provision was maintained throughout. However, the lockdown negatively impacted HIV testing and the number of people starting ART. [...]

High rates of needle and syringe provision, HIV testing and antiretroviral treatment have greatly reduced new HIV infections in Estonia since 2000 – but in the neighbouring Baltic state of Latvia, HIV infections continue to rise. The two nations provide a stark contrast in how to tackle an HIV epidemic driven by injecting drug use. Researchers from Latvia and Estonia investigated how and why the HIV epidemics in the neighbouring Baltic states have taken such different paths over the past two decades. Their findings were published last month in the journal AIDS. [...]

Hepatitis C is becoming more concentrated in gay and bisexual men with HIV in France as direct-acting antiviral treatment cures the infection in other people with HIV while hepatitis C transmission between gay and bisexual men increases, French epidemiologists report in the journal Clinical Infectious Diseases. But Dr Laurent Cotte and colleagues involved in the Dat’AIDS cohort say that elimination of hepatitis C among people with HIV and hepatitis C co-infection is feasible if acute infections with hepatitis C can be prevented, or detected and treated early. [...]

The prevalence of hepatitis C in people who inject drugs has fallen modestly in England, Wales and Northern Ireland and sharply in Scotland since 2016, Public Health England reports. Around one in four people who inject drugs in England, Wales and Northern Ireland has hepatitis C, and one in five in Scotland. The findings come from the annual Public Health England report on infections and injecting behaviour, published last month. [...]

No sex during lockdown? Gay men in London say otherwise

An online survey found that COVID-19 restrictions impacted access to sexual health services, sexual behaviour and mental health of HIV-negative gay men in London. Survey respondents reported many risk reduction strategies, such as increased sexting, having fewer sex partners, and discussing COVID-19 risk and transmission with partners. However, self-reported sexual activity remained high, with around three-quarters of survey respondents having sex during restrictions, 28% reporting an STI, and 19% engaging in chemsex. [...]

High rates of starting and staying on PrEP in pregnant South African women, despite barriers

High initiation and persistence on pre-exposure prophylaxis (PrEP) has been documented in pregnant women in Cape Town, South Africa, with 91% of those offered PrEP starting it and nearly half of those continuing to take PrEP six months later. While women who had given birth and those reporting side effects were less likely to stay on PrEP, there was a strong desire to avoid HIV infection for themselves and their infants, especially when their partner’s serostatus was unknown. [...]