Using MRI scans, researchers were able to see that the new drug slows down brain shrinkage in people with MS.

The results of the trial, which were published in the New England Journal of Medicine, suggest that the drug can effectively slow down brain atrophy, or shrinkage.

Multiple sclerosis (MS) is an autoimmune condition that affects the central nervous system.

In MS, the immune system does not recognize the protective sheath of myelin that surrounds the nerve cells and attacks it. 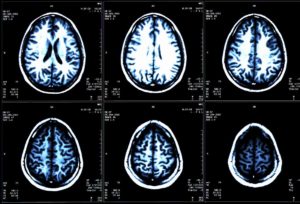 This damages nerve cells, causing symptoms such as muscle weakness, numbness, chronic pain, and coordination problems, among others.

Brain atrophy is one of the hallmarks of this neurodegenerative condition and a good predictor of how the disease will progress. Higher rates of brain shrinkage have been shown to correlate with worsening symptoms in people with progressive MS.

MS does not yet have a cure, and treatment options that can slow the progression of the disease are limited. A new clinical trial proposes the drug ibudilast as a new treatment candidate that can slow down the atrophy of the brain.

Dr. Robert J. Fox, a neurologist at the Cleveland Clinic in Ohio, led the randomized trial, which compared the drug with a placebo in 255 participants.

Dr. Fox and team randomly assigned the participants to either a group that received a daily dose of up to 10 capsules of ibudilast or to one that received a placebo. The trial lasted for 96 weeks.

Dr. Fox and colleagues examined the brain volume of the participants every 6 months using MRI.

Overall, the trial showed that the drug reduced the rate of brain shrinkage. On average, those in the placebo group lost 2.5 milliliters more brain volume than those who took the drug.

However, there are caveats to these results; the researchers do not know whether the reduction of brain shrinkage translated into improved symptoms or better function.

The most widely reported side effects were gastrointestinal problems, headaches, and depression. 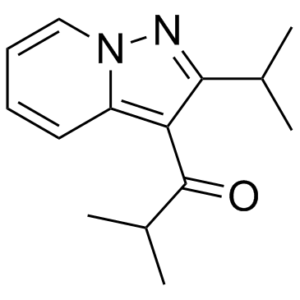 Dr. Fox comments on the new findings, saying, “The trial’s results are very encouraging and point toward a potential new therapy to help people with progressive MS.”

“[The trial],” continues Dr. Fox, “also increased our understanding of advanced imaging techniques, so that future studies may require a smaller number of patients followed over a shorter period of time.”

“This leads to increased efficiency of clinical research,” he says. “These imaging methods may also be relevant to a host of other neurological disorders.”

The National Institute of Neurological Disorders and Stroke supported the research. Dr. Walter J. Koroshetz, its director, also weighs in on the significance of the trial.

The decrease in brain function seen in a 12-year study of people with HIV was worse than would be expected for typical ageing. This decrease was linked to diabetes, high blood pressure, chronic lung disease, depression, nerve pain and cannabis use. HIV itself did not appear to worsen brain function, nor was there a significant difference in brain function decline between different age groups. [...]

The low representation of women in clinical trials has led to some efficacy and safety differences between men and women being missed, reports Dr Shuang Zhou of the United States Food and Drug Administration (FDA). African-American women were particularly underrepresented in clinical trials of new antiretrovirals. [...]

Serious gaps in the capacity to diagnose life-threatening fungal infections in Africa mean that people with advanced HIV may not receive treatment for AIDS-related illnesses such as cryptococcal meningitis and pneumocystis pneumonia, a 48-country survey reports in The Lancet Infectious Diseases. [...]

Passports and privilege: what does the future hold for global HIV conferences?
7 February 2023

Visa issues prevented scores of scientists and activists from attending last year’s International AIDS Conference in Montréal after the Canadian government allegedly failed to fulfill commitments to fast-track applications. Now, the International AIDS Society (IAS) is changing how host cities are selected, but it may take radical transparency to help make more equitable access a reality. [...]

One in two people with HIV and hepatitis B with a history of injecting drug use had coinfection with hepatitis delta, a virus that depends on hepatitis B to replicate and leads to far worse liver disease outcomes, an analysis of people living with HIV in Europe has found. Hepatitis delta levels in other groups of people with HIV matched those in the general population, the study reported. The findings are published in the journal Liver International. [...]

As we welcome 2023, we want to say thank you to everyone who has supported NAM aidsmap and our work over the past 12 months, helping to ensure people living with and at risk of HIV are empowered to lead longer, happier and healthier lives. [...]

Published in AIDS and Behavior, a recent study among women who inject drugs in Philadelphia set out to determine how the women’s relationships influenced syringe sharing. Women were more likely to use syringes after someone they had an intimate or close relationship with, including sex partners, people who helped them inject, and those providing emotional support. [...]

New research suggests that reservoir cells’ surfaces more frequently contain proteins that help them evade the immune system’s detection as well as improve their resilience against attack. Though these biomarkers are not universal, they may eventually lead to therapies that target these cells, allowing for drug-free HIV remission. [...]