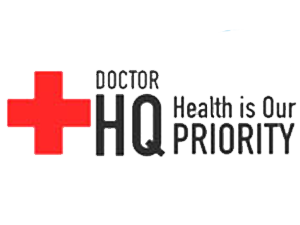 Prehypertension means you may end up with high blood pressure, unless you take steps to prevent it.High blood pressure usually has no symptoms, but it can cause serious problems such as stroke, heart failure, heart attack and kidney failure.You can control high blood pressure through healthy lifestyle habits and taking medicines, if needed. NIH: National Heart, Lung, and Blood Institute

Are there other issues with high blood pressure medication?

It can be hard to predict which drugs will work for you, but we know some are less effective in older people or those of African Caribbean background. Most people will need more than one drug to control their blood pressure.

It is estimated that more than half of patients do not take their medications as prescribed. This contributes to poor blood pressure control and increased risk of stroke and heart attack.

Part of the problem is that with hypertension, the condition itself usually does not cause symptoms that remind you to take medications. Asking your doctor for once-a-day tablets and building it into your daily routine can help. A dosette box (pill box with compartments for each day, and times of the day if necessary) may help. You can get them at most pharmacies

How African Caribbean background can affect your ❤️ heart  and circulatory health

If you’re of African Caribbean heritage, you may have a higher risk of some heart and circulatory diseases.

Explanations for this are unclear. A strong contender is that African Caribbean communities ( UK/USA/Canada etc.) tend to be in more deprived areas and deprivation can make it harder for a person to have a healthy lifestyle. Genetic differences may also be having an effect, and evidence for this is still being researched.

It’s never too early or too late to make lifestyle changes, such as losing weight and being more physically active.

Even changes made in older age can reduce your risk.

How is your heart health risk different if you have an African Caribbean background?

African Caribbean people have a much higher risk of high blood pressure, type 2 diabetes, and stroke, but a lower risk of coronary heart disease (CHD). This is very unusual – normally, high blood pressure and diabetes increase your risk of CHD. This disassociation isn’t yet understood, but we know that on average, cholesterol levels are much better for those of African Caribbean heritage than they are for white Europeans, and this seems to offer some protection against CHD.

If we can understand this mechanism, we could then apply it to other populations. There is evidence that African Caribbean children have some insulin resistance (an early diabetes warning sign) and healthier cholesterol levels, but no difference in blood pressure from the white European population. Higher blood pressure tends to emerge in their teenage years.

Early data from the SABRE study [see box below] suggests that blood pressure control is worse in ethnic minorities, but it’s not clear why that is. It may be that the right medication, or a sufficient dose, isn’t being prescribed, or that medications are not always taken, but we need more research to find this out. When someone doesn’t have symptoms and doesn’t feel unwell, it is difficult for them to accept that they have to take medications, possibly for the rest of their life. It’s a very hard message to get across, especially when medications can cause side effects.

What about attitudes to body shape and exercise?

This is also the case with type 2 diabetes. Because many people are living with the condition and seem fine, it’s seen as inevitable and not taken seriously.

Access to physical activity options is also an issue for those living in deprived areas, where there may be few facilities to exercise safely in a comfortable environment.

Are there other differences in lifestyle risk factors?