The ‘passive activity’ of watching TV may impair memory in older people.

Researchers at University College London in the United Kingdom analyzed data from the English Longitudinal Study of Ageing (ELSA) on 3,662 adults aged 50 and older.

At these times, they also completed tests of verbal memory and fluency. 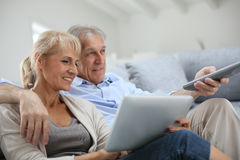 The study, which now features in the journal Scientific Reports, found no such links between TV viewing time and differences in “semantic fluency.”

The study authors note that while there has been a lot of research into the effects of watching TV on cognition, most of it has focused on children.

“Much less attention,” says study co-author Dr. Daisy Fancourt, who works in the Department of Behavioural Science and Health, “has been paid to the effects of television viewing at the other end of the lifespan, despite it being hypothesized for over 25 years that watching excessive television could contribute to the development of dementia.”

Watching TV is a ‘passive activity’

An interesting point about the new study is the fact that the link between extensive TV viewing and greater verbal memory decline remained even after the researchers adjusted the results for how much time people spent sitting.

In considering potential reasons for their findings, they discuss the nature of TV viewing compared with other sedentary activities.

‘Nothing for us without us’: achieving epidemic control among key populations in Africa
21 May 2022

While some countries in Africa are on the verge of reaching epidemic control – which means there are fewer HIV diagnoses than deaths of people with HIV – progress among key populations remains largely unknown, participants at the INTEREST 2022 conference in Kampala heard last week. In 2020, key populations and their sexual partners accounted for 39% of new HIV acquisitions in sub-Saharan Africa. However, only eight countries had prevalence data on people who inject drugs, while just two had data on transgender people. [...]

How do people feel after disclosing their HIV status on social media?
21 May 2022

Recent qualitative research with a small group of White gay and bisexual men in Australia found that they had chosen to talk about their HIV status on social media in order to control the narrative, challenge stigma and maintain a sense of agency. Instead of seeing it as responsibility to disclose, these men viewed it as a right to share their status. [...]

An analysis involving almost 40,000 people living with HIV in the United States has found that women are significantly more likely to be diagnosed with type 2 diabetes than both their male and HIV-negative counterparts. Dr Morgan Birabaharan and colleagues at the University of California analysed a huge observational patient record database that contained anonymised information from over 300 hospital sites in the US in order to establish a relationship between HIV, gender and type 2 diabetes. Findings are published in AIDS. [...]

Obesity was the most important risk factor for developing diabetes in a large US HIV clinic cohort between 2008 and 2018, researchers from the University of Alabama at Birmingham report in a pre-print article released ahead of peer review this month. The study investigators say that preventing excess weight gain is critical for prevention of diabetes in people with HIV. [...]

In a draft policy update, NHS England is proposing to reimburse the use of tenofovir alafenamide/emtricitabine (TAF/FTC), the combination pill sold as Descovy by its manufacturers Gilead Sciences, for 'second-line' PrEP. This would add an additional PrEP option as currently the only combination pill reimbursable for PrEP in England is tenofovir disoproxil fumarate/emtricitabine (TDF/FTC). [...]

A study from Thailand has found that the incidence of tuberculosis was remarkably high among people with HIV during the first year on antiretroviral therapy, and thereafter, decreased significantly until reaching levels comparable to those in the Thai general population after ten years. The study, published in a recent issue of the Journal of the International AIDS Society, is important as it is most probably the first to report such data from a high TB/HIV burden country in Asia. [...]

Botswana is ‘going for gold’ in eliminating vertical HIV transmission. Can the rest of Africa catch up?
21 May 2022

Botswana is testing almost all pregnant women for HIV when they register for antenatal care and retesting HIV-negative women on multiple occasions: every three months during pregnancy, at labour and delivery if there hasn’t been a recent test, six to eight weeks after birth, and every three months whilst breastfeeding. [...]

A seven-month programme in Kenyan public hospitals to increase access and uptake of oral PrEP among adolescent girls and young women had low uptake, with critical challenges encountered in health facilities, the INTEREST 2022 conference in Kampala heard this week. The researchers make several recommendations for how uptake could be increased. [...]

Results from a new study show that receiving multiple doses of a combination of two broadly neutralising antibodies is safe, delays viral load rebound in the absence of antiretroviral therapy (ART), and may shrink the latent HIV reservoir. Out of 17 people who received multiple infusions of the two antibodies, 13 maintained viral suppression without ART for 20 weeks and some for longer. Two people maintained suppression for a year or more. [...]

Despite the strict COVID-19 pandemic restrictions in Uganda, viral load testing and viral load suppression rates improved by 68% and 35% during the first lockdown, while mortality reduced by 25% among people living with HIV in the capital city, Kampala. These findings were reported yesterday by Dr Jonathan Izudi of Makerere University College of Health Sciences at the INTEREST 2022 conference, which is being held in Kampala. [...]